Women are substantially underrepresented in senior positions across the NHS, despite accounting for 75 per cent of the health service’s workforce, a report has found.

Just one in four chief financial officers for NHS trusts is a woman, and just over a quarter of medical directors. The lowest proportion of women in board-level positions was at ambulance trusts, at just 39 per cent.

Health professionals hit out at the report’s findings — arguing it was critical for NHS leaders to be representative of the population it looks after.

Researchers at the NHS Confederation, the membership body for organisations that provide NHS services, found women would have to be in an extra 150 executive and non-executive directorships to reach the European Commission’s definition of gender balance of 40 to 60 per cent.

Sam Allen, chair of the NHS Confederation’s Health and Care Women Leaders Network, which carried out the research, said: “It is well-established that boards that properly reflect the communities and staff they serve lead to stronger decision-making and better outcomes for patients.

“The NHS has made progress, but there remains much more for leaders to do in order to achieve consistent and meaningful gender balance.

“We must move away from the concept that gender balance is tokenistic or a ‘nice to have’, to something that is essential, overdue and needed now. This requires an inclusive and compassionate approach to leadership, with everyone in these vital positions held to account for their contributions.”

The greatest progress with female representation was found to have been made in non-executive roles, where 41 per cent are now women, a substantial rise from 37 per cent in 2017.

Researchers, who carried out the study in conjunction with the University of Exeter Business School, found the amount of women in chief executive positions has risen in the same period from 43 per cent to 46 per cent.

Similar gender inequalities can be seen within areas of local government — while 78 per cent of local authority staff are women, only a third of chief executives are female.

The gender makeup of leadership roles in the wider public sector looks similar — a third of secondary school headteachers are female , while women only head up a third of housing associations.

In the private sector, a recent study carried out by gender diversity company The Pipeline found only 14 of the 350 largest companies in the UK are led by women.

Saffron Cordery, deputy chief executive of NHS Providers, said: “There is more to be done before we truly have gender equality in the NHS in the most senior roles. It’s interesting to see that there still appears to be some executive roles that have a very strong male bias, such as finance and medical directors. With more women now training to be doctors than men, we have to see this reflected at the very top of the medical profession.”

Ms Cordery argued there is a “still a long way to go” across all industries to make sure there is gender parity in senior roles — adding that the NHS should be spearheading this.

Dr Helena McKeown, chair of the British Medical Association’s representative body, said: “Lack of women in senior positions is a significant contributory factor to the gender pay gap and gender pension gap in medicine, but the need to diversify in leadership is about more than just balancing out numbers.

“We know that diverse teams are more successful, more creative and more able to tackle complex issues; given the immense challenges facing the NHS, there has never been a more important time to ensure that we are making the best of all the talent available to us throughout the NHS. It’s vitally important that NHS Boards reflect the population that they serve.”

The spokesperson for the professional association for doctors said it is only by “listening and representing the voices, concerns and contributions” of everyone that there will be a better NHS.

Danny Mortimer, deputy chief executive of the NHS Confederation and chief executive of NHS Employers, said: “Some progress has been made in gender representation, but we are not where we need to be. The challenge for race and ethnicity is even greater.

“The NHS is the largest employer in this country, with a workforce of 1.4 million people, of which more than 1 million are female. It is leading by example, but at a time when the NHS is experiencing the greatest challenge in its history, it is vital we make full use of all the existing and emerging talent at our disposal.”

It comes after a report by the Health and Care Women Leaders Network recently found women working in the NHS are suffering from serious stress and exhaustion in the wake of the coronavirus crisis.

The NHS is at risk of losing female staff due to them experiencing mental burnout during the global pandemic, the study warned.

Researchers, who polled more than 1,300 women working across health and care in England, found almost three quarters reported their job had a more damaging impact than usual on their emotional wellbeing due to the public health emergency. While more than half of the women surveyed said the public health crisis had a detrimental effect on their physical health.

‘I want to hide under the covers’: Female NHS staff suffering stress and exhaustion amid coronavirus crisis

Fri Sep 11 , 2020
TipRanks Billionaire David Shaw Pours Money Into 3 “Strong Buy” Stocks Are the tides turning on Wall Street? Stocks fell in the past three trading sessions, as investors abandoned the tech heavyweights that have been at the forefront of the market’s remarkable charge forward. What’s behind the sell-off? Sky-high valuations […] 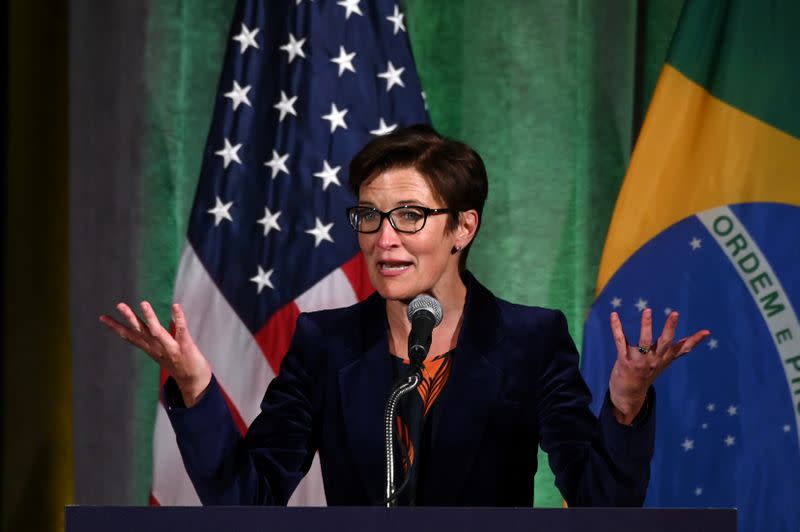