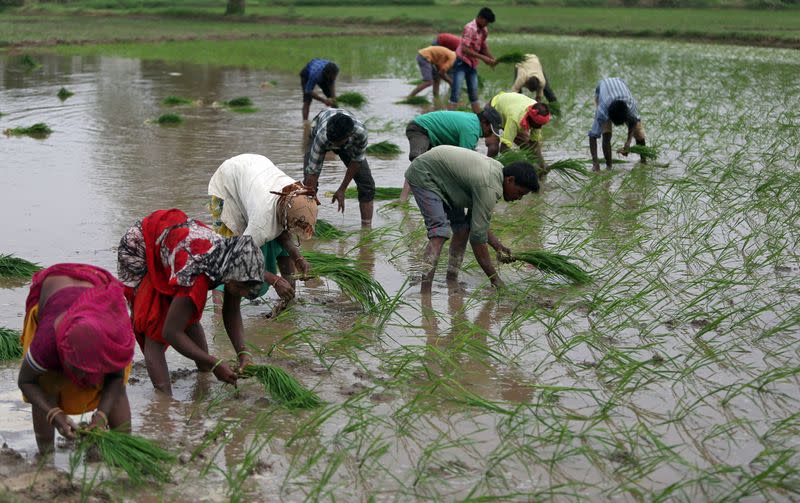 By Swati Bhat and Manoj Kumar

MUMBAI/NEW DELHI (Reuters) – India is staring at a protracted slowdown as coronavirus cases reach its countryside, with signs of recovery in the rural economy hailed by Prime Minister Narendra Modi “at best a mitigating factor”, government officials and analysts said.

The world’s No.5 economy reports first-quarter GDP data on Aug. 31 and, according to a Reuters poll, it is likely to have contracted 20% over April-June. It is forecast to shrink 5.1% in the year to March 2021, the weakest since 1979.

Nearly half of India’s 1.38 billion population rely on agriculture to survive, with the sector accounting for 15% of its economic output.

Modi has been citing higher fertiliser demand and sowing of monsoon crops, both key signs of rural activity, to show there are “green shoots” in the economy.