By Swati Bhat and Manoj Kumar MUMBAI/NEW DELHI (Reuters) – India is staring at a protracted slowdown as coronavirus cases reach its countryside, with signs of recovery in the rural economy hailed by Prime Minister Narendra Modi “at best a mitigating factor”, government officials and analysts said. The world’s No.5 […]

By Swati Bhat and Manoj Kumar

MUMBAI/NEW DELHI (Reuters) – India is staring at a protracted slowdown as coronavirus cases reach its countryside, with signs of recovery in the rural economy hailed by Prime Minister Narendra Modi “at best a mitigating factor”, government officials and analysts said.

The world’s No.5 economy reports first-quarter GDP data on Aug. 31 and, according to a Reuters poll, it is likely to have contracted 20% over April-June. It is forecast to shrink 5.1% in the year to March 2021, the weakest since 1979.

Nearly half of India’s 1.38 billion population rely on agriculture to survive, with the sector accounting for 15% of its economic output.

Modi has been citing higher fertiliser demand and sowing of monsoon crops, both key signs of rural activity, to show there are “green shoots” in the economy.

But four government officials said the uptick in activity may not be as large as believed given a spike in virus cases in rural areas that were initially isolated from the pandemic.

“The economic situation has in fact worsened since April and May, and we are likely moving towards a longer economic slowdown than earlier expected,” a finance ministry official said.

The official pointed to sluggish consumer demand and a slowdown in rural lending as causes for concern.

“The situation on the economy front is very serious and the government’s hands are tied on the fiscal front,” a government adviser with direct knowledge of India’s budget plans said.

Both declined to be named as they were not authorised to speak to media. A ministry spokesman declined to comment.

‘AT BEST A MITIGATING FACTOR’

A slump in monthly demand for fuel, electricity, steel, consumer durables and auto sales over April-June further highlight the dire state of the economy.

India also has the third-highest number of virus infections in the world at more than 2.7 million, and new cases are increasingly emerging outside major cities, dashing hopes the rural economy will be a buffer against shrinking exports and manufacturing.

“While a recovery in rural activity provides a glimmer of hope, it is at best a mitigating factor,” said Rahul Bajoria, a Barclays economist. Bajoria expects India’s GDP to have contracted 22.2% in the June quarter.

“Even as the momentum coming from the agriculture sector owing to a normal monsoon and robust sowing is a positive, we believe this may not sustain due to surplus labour concerns, along with an increasing proportion of active COVID-19 cases,” said Upasna Bhardwaj, economist at Kotak Mahindra Bank.

Rating agency ICRA believes pent-up demand contributed to some improvement in manufacturing in June and July, and that it may not continue in August due to virus-related lockdowns.

A widening fiscal deficit may also limit India’s ability to provide more stimulus, though Finance Minister Nirmala Sithamaran has promised to take steps for industries like tourism and hospitality.

India’s fiscal deficit hit a record $88.5 billion over April to June, already 83.2% of the target for the whole fiscal year, due to lower tax collections and front-loaded spending.

India’s central bank has frontloaded interest rate cuts, but many feel demand is likely to remain subdued until virus worries subside and the government pumps in more money.

“Flattening of India’s virus curve is critical for a pickup in production. Once the economy unlocks fully, we expect exports to lead to recovery and domestic demand to lag,” said Kapil Gupta, chief economist, Edelweiss Research.

“As is the case with most countries in the region, there is bound to be some permanent damage to output, setting recovery back by a few years to return to pre-COVID trend,” said Radhika Rao, a DBS economist.

(Reporting by Manoj Kumar in New Delhi and Swati Bhat in Mumbai; Editing by Alasdair Pal and Himani Sarkar)

Sat Aug 22 , 2020
(Reuters) – Australia’s Westpac Banking Corp on Friday agreed to sell its vendor finance business to a U.S. private equity firm, as part of its strategy to focus on core banking operations and trim its portfolio of underperforming businesses. The unit, which supports third parties to fund small-scale equipment finance […] 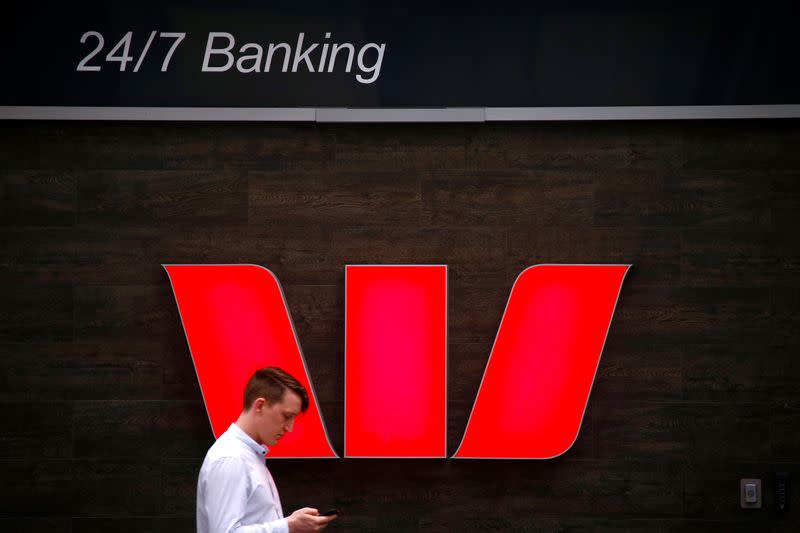