Kourtney Kardashian and Travis Barker are now legally married—and what better way to celebrate their long-awaited nuptials than by speculating on their potential prenup?

We do not know if the stars signed a prenup before saying “I do” this weekend, but ahead, BAZAAR.com speaks to divorce lawyer Tom Kretchmar (who has not worked with the pair) about celebrity prenups and what can be expected from this kind of high-profile union.

What kinds of prenups are there?

There are three main types of prenups. The first protects the assets the parties had before they were married, the second protects what the parties expect to have in the future (more common when they don’t have a lot coming into the marriage), and the third prenup tries to do both.

“With any two high-profile celebrities, especially celebrities who actually do have a lot of assets at the time of the marriage (whether that is companies, properties, cash, intellectual property, or even their so-called personal brand), it would be appropriate to expect those to be the kind of people who would want to protect both what they came in with and what they could accumulate in the future,” Kretchmar says.

These parties would also be in the best position to enter into that sort of prenup without much conflict, “because when you both already have a ton and have reasonable basis to believe you’re going to have a ton more in the future, there’s much less incentive to get caught up fighting over how much does get shared or doesn’t get shared,” Kretchmar says.

Other than assets, what else can a prenup protect?

A prenup between two wealthy and famous individuals, such as Kardashian and Barker, will also often be designed to do much more than protect just their assets.

“What can a prenup do for two people that are very famous and otherwise have no default rights of confidentially toward each other? It can lock them down into what’s effectively the equivalent of a nondisclosure agreement between spouses,” Kretchmar tells BAZAAR. “And it is very reasonable to believe people in their position would say, ‘Yeah, if I can get a contract saying as part of our marriage—or even in case of a divorce—you cannot talk about my finances, talk about personal secrets I disclosed to you, talk about my family’s personal secrets, talk about things you learned about my businesses, my ventures, I will.’”

Kardashian is reportedly worth about $65 million and Barker about $50 million. Of course, Kardashian also has her famous family and their reality TV empire to think about.

What about their kids?

Kretchmar says prenups “should not attempt to address custody or child support with respect to a child who is not in existence,” meaning decisions about their future children—which Kardashian and Barker are currently trying to have—should not be made in the prenup. “I would not expect that their prenup would have any language in it relating to custody or child support of any future children,” he says.

Still, the fact that they both have children from previous relationships changes things.

“Prenups are supposed to be about what happens in the event of a divorce, but they are often also used in a specific way to deal with certain issues related to inheritance that can arise when one spouse dies and the marriage is incompletely intact. The idea is that when somebody dies, there can be under law a lot of limitations on how much of their estate they can give away to someone other than their spouse,” Kretchmar says.

This is relevant because both Kardashian and Barker could potentially leave large inheritances to their respective kids.

Kretchmar says that in cases where each party is financially stable and does not depend on the other’s income, it is very common that one or both sign a waiver confirming that they waive their right to an inheritance, and their spouse can, indeed, leave all their money to their children, their family members, a charity, or whomever they choose.

What about when they buy a home together?

In a recent episode of The Kardashians, the Poosh founder said she and Barker—who currently live one block away from one another—are considering buying a home together. So if a prenup protects their individual assets, what happens when they unite incomes to purchase something as a unit?

“Any prenup between two people of the kind of wealth [Kardashian and Barker] have, you’re always going to expect that there will be provisions talking about joint ventures. We need rules that govern what happens to that money in the event of a divorce,” Kretchmar says.

The way those assets are divided is ultimately up to the couple, but it’s very reasonable to believe that if Kardashian and Barker do have a prenup, the topic was discussed and agreed upon.

What else could a prenup protect?

“It’s reasonable to think that parties in their position aren’t just going to want confidentiality, but they’re going to want non-disparagement—and that could be during the marriage or even after,” Kretchmar says. The question of how enforceable non-disparagement (meaning spouses cannot speak ill of the other publicly or to the press during or after the marriage) clauses are is ultimately up to the law, if it comes to that.

Parties also often ask for a clause specifying that their spouse not speak about them in any books, movies, TV shows, albums, et cetera during or after the marriage. The same goes for social media mentions—even those relating to kids they may already share.

Kretchmar notes, “If you have two very famous people, especially if they are very aware of how celebrity economies work, their lawyers are going to be thinking about things as seemingly 21st-century-you’ve-gotta-be-kidding-me as who owns the social media account created for the dog.”

He gives the example of a couple’s pet for whom they made an Instagram account. If the couple is famous, the pet will likely have many followers and get sponsored by brands; eventually, the account may actually end up having a great financial value. So in the event of a divorce, who manages and gets the revenue from the account?

“This kind of question can become very messy in a divorce, where you have to either litigate the issue in court or try to reach a negotiated settlement if you hadn’t thought about it in advance,” Kretchmar says.

Because of that, he adds, “One of the most important things a prenup can do is very thoughtfully create rules for issues that ordinary laws have never really thought about.”

Who gets the engagement ring?

And now, to the truly important question: If Kardashian and Barker ever get divorced, who will be the owner of Kardashian’s massive engagement ring (which she already broke once)?

Kretchmar says the laws regarding ownership of engagement rings can be messy and uncertain, and can depend on each state, though often it’s the bride who gets to keep it, as it’s seen as a gift. Such terms can also be decided in a clause within the prenup, before the marriage, especially if the ring is of high value.

This content is created and maintained by a third party, and imported onto this page to help users provide their email addresses. You may be able to find more information about this and similar content at piano.io

Medical education of abortion could be erased in red states

Tue May 17 , 2022
A key piece of OB-GYN training — how to perform an abortion — could soon be stricken from medical schools’ curriculum in states that make the practice illegal. Why it matters: A Supreme Court decision to overturn Roe v. Wade would not only affect patients but drastically alter medical education and force […] 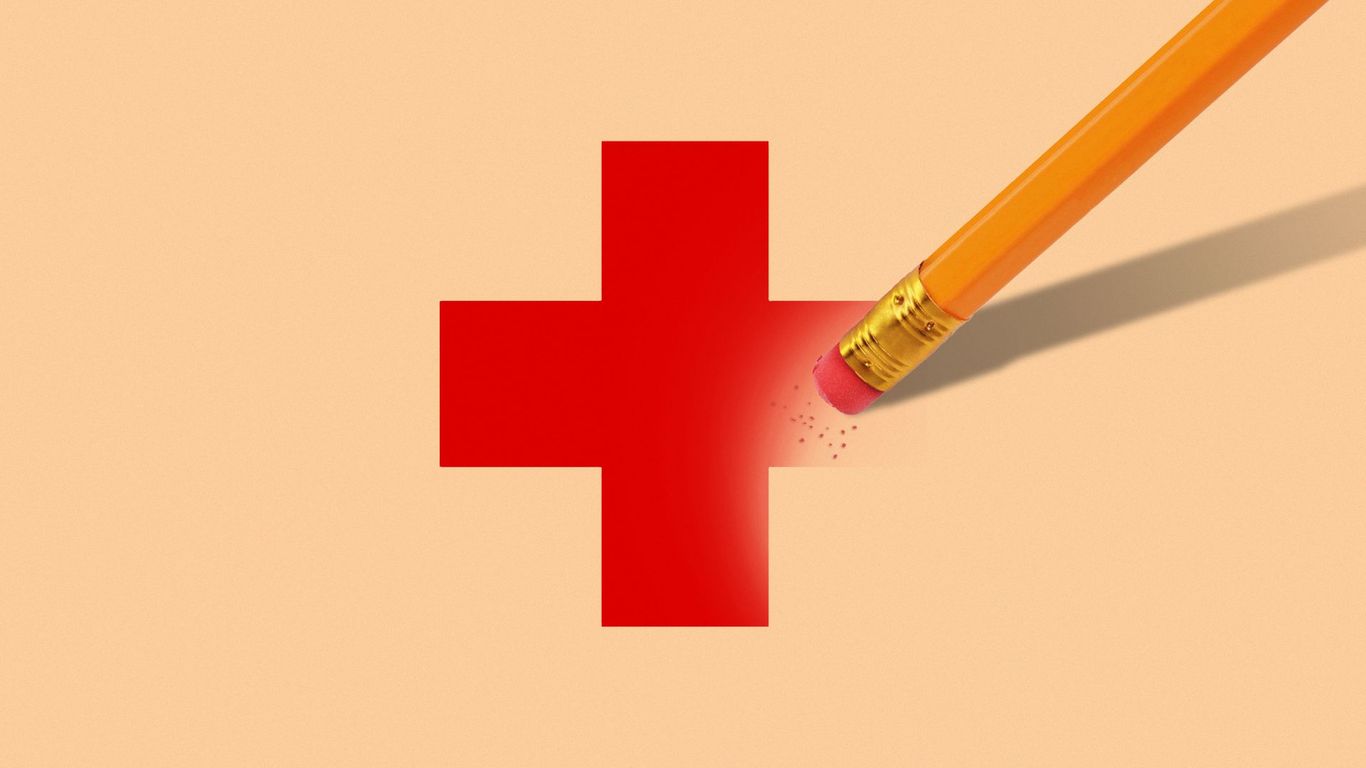