OTTAWA — The Liberals have found themselves with a financial windfall amid an economic rebound, though the extra room is largely spoken for thanks to COVID-19 measures and relief for flooded British Columbia.


© Provided by The Canadian Press

Finance Minister Chrystia Freeland’s update released Tuesday, which she delivered virtually due to COVID-19 concerns, shows that the deficit for this year is on track to hit $144.5 billion, below the government’s previous forecast of a $154.7 billion deficit.

The better-than-expected result is from billions in new tax revenues and higher oil prices that gave the government $38.5 billion in extra spending room.

But the update shows how quickly that extra room has been eaten up by $28.4 billion in new spending and previously promised spending since April’s federal budget.

Among the new measures are $5 billion to help B.C. rebuild after devastating flooding and $4.5 billion to respond to

The coronavirus outbreak brought with it a major shift to telework in many industries. Whatever their existing policies for telework may have been, some industries, such as the insurance, professional and technical services and information sectors, were better poised to shift to telework at the start of the pandemic.

A majority of workers in only four out of the nine grouped industries studied say that, for the most part, the responsibilities of their job can be done from home, according to a Pew Research Center survey conducted in October. Within these sectors, based on definitions by the U.S. Census Bureau, those saying their job can be done from home include 84% in banking, finance, accounting and real estate, 84% in information and technology, 59% in education and 59% in professional, scientific and technical services.

Among workers in these four industries who say the 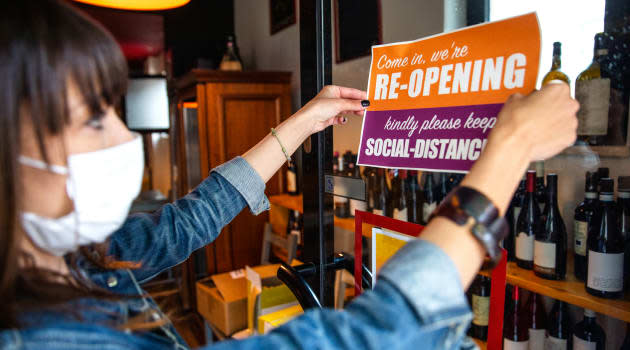