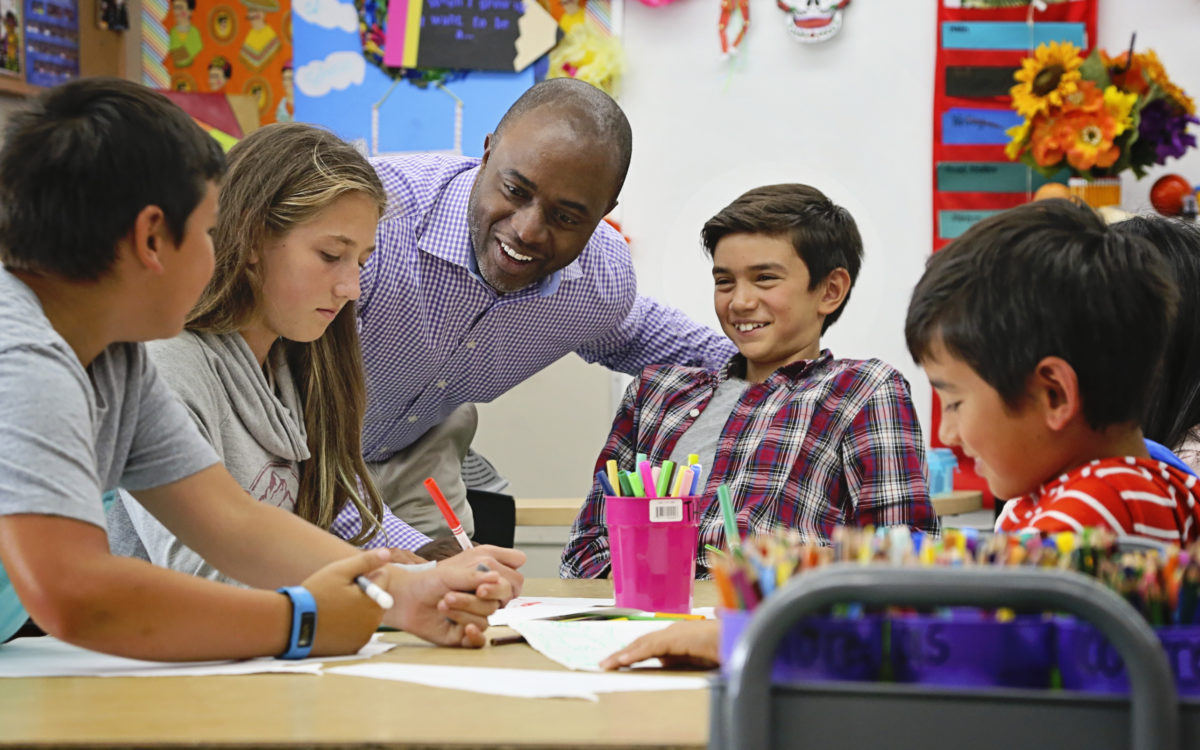 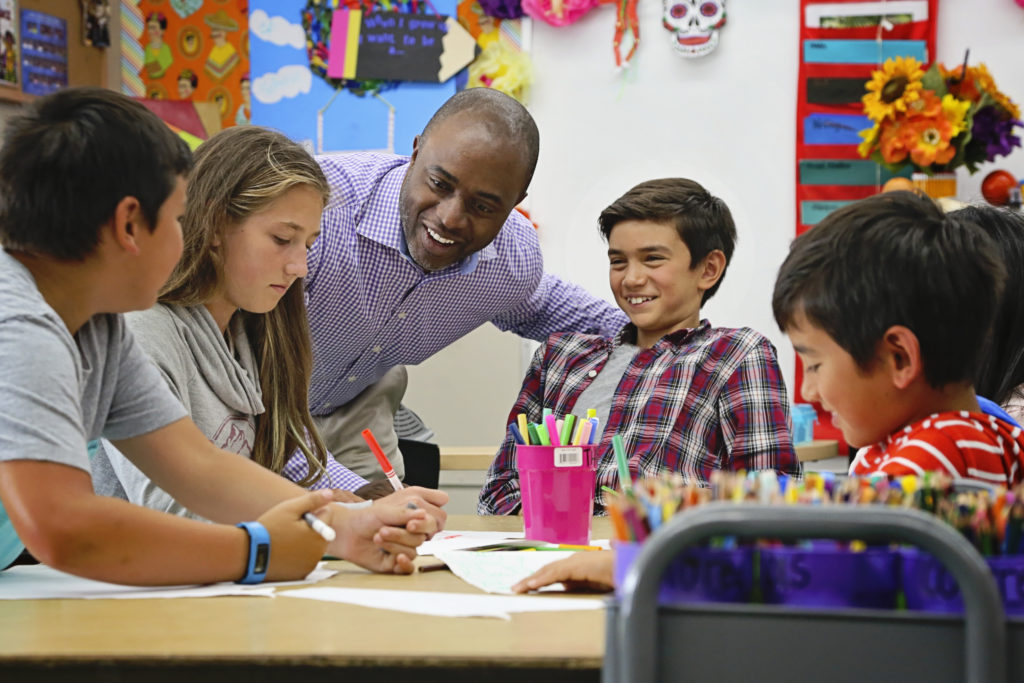 Until recently, it seemed highly likely that California State Superintendent of Public Instruction Tony Thurmond would face a tough reelection fight this June.

The two most recent contests for the post were among the most expensive and hard-fought races in California. This time, deep dissatisfaction among some parent groups about the pace of reopening schools during the pandemic presaged an even tougher fight, even though Thurmond had no power to open or close schools on his own.

But now, remarkably, it looks like Thurmond will run without major opposition.

That would be quite a contrast to the 2014 and 2018 races, when the contests for the position became proxy wars over charter school expansion.

In those races, big-monied charter advocates poured in millions of dollars to back two-time candidate Marshall Tuck, who ran against then-incumbent Tom Torlakson in 2014 and Thurmond in 2018.

This year, charter forces appear not to have found a particular candidate to support – or have decided to sit out this race.

Instead, six little-known candidates have filed papers to run for the post. But with the election less than two months away, their prospects for mounting a serious challenge to Thurmond are slim to non-existent.

One potential hazard is that with a half dozen candidates running against him, it is possible that he will not get the 50% he needs in June to avoid a November runoff. But he is still the clear favorite to win reelection.

One person who thought about running was former Los Angeles Unified Superintendent Austin Beutner.  But Beutner decided to put his energies into an initiative he is promoting to target nearly $1 billion a year in state funds on expanding arts and music programs in the schools.

At least two county school superintendents also seriously considered running, but chose not to. All prospective candidates faced having to raise large sums of money to defeat Thurmond, who is backed by the California Teachers Association and its ability to spend millions of dollars on the race.

Another factor discouraging opponents is that the superintendent has limited powers — and that’s on top of having to take on the headache of running an underfunded state bureaucracy in Sacramento, the California Department of Education.

What became even clearer during the pandemic is that the governor is the main decision-maker when it comes to statewide education policies, along with the state Legislature and the State Board of Education, which the governor appoints.

The state board includes its current president, Linda Darling-Hammond, a nationally known education scholar and policymaker. Her impact on shaping major initiatives championed by Gov. Newsom is unmistakable.

What might have damaged Thurmond’s reelection prospects in a normal year were several harshly critical media reports about his running of the California Department of Education. A Politico article, for example, contained lacerating criticism that he had created a “toxic workplace” there, contributing to the departure of numerous senior employees.  A deputy superintendent stepped down after it was revealed that he was working remotely from  Philadelphia.

The state superintendent of public instruction is a nonpartisan office, so candidates aren’t identified by their party affiliation on the official ballot.

In June, whoever wins more than 50% of the vote is automatically elected to the position. If no one gets a majority, the two top vote-getters compete in a runoff election in November.

But those complaints never got wide publicity or much traction in other media. Even to Californians who were aware of them, they may not have seemed especially relevant against the backdrop of a life-threatening pandemic that created turmoil in the schools.

No doubt unknown to most voters is that Thurmond, among other things, was prominent in finding laptops and expanding Internet access during the pandemic. He played a key behind-the-scenes role in the unlikely reform of California’s charter school law signed by Newsom two years ago. He managed the revision of the state’s highly controversial model ethnic studies curriculum. As the first Black superintendent in nearly 30 years, he made Black student achievement, and student achievement in general, a major priority.

But both Thurmond’s accomplishments and shortcomings have been overshadowed by the crises wrought by the pandemic over the past two years.

It is reasonable to ask, however, if the state superintendent has so little power, why not abolish the elected position and turn it into an appointed one, as in 36 other states?

The problem is that the position is written into the state constitution, so abolishing it requires asking voters to do away with it. And at least three times in the past-century, voters have rejected the idea. There are also arguments in favor of having an independent, elected schools chief.

As for what he or she can do, Michael Kirst, president of the State Board of Education during all four terms of former Gov. Jerry Brown, believes the superintendent has more authority than is generally perceived. Bill Honig, the last full-time educator to occupy the position, in 1993, echoes that point of view. It’s up to each superintendent to make something out of the post, they say.

Thurmond now has a chance to shift the focus in education back to the many essential reforms that were in play before the pandemic, and to new ones that have popped up since.

It would also make sense for him to focus on just a handful of initiatives. One might be the $3 billion program to establish thousands of community schools that provide a range of added services and supports to students and their families. The California Department of Education is charged with administering it.  Whether the program will succeed is another question, and Thurmond could be a leader in making sure it does.

Another would be moving California closer to the goal of all children reading by the third grade, a monumental task Thurmond has already begun to take on.

Re-imagining his leadership of the department, along with new ideas to invigorate it, would also help. If he were able to decentralize the department, for example, and situate some of its staff closer to schools and students, instead of all being in Sacramento, that would be a major accomplishment, although that would probably involve more state funding.

Regardless, with schools finally moving beyond the pandemic, in a second term Thurmond will have an opportunity to show Californians how and why the state superintendent is necessary and useful for the state.

It will be up to him to seize it.

Louis Freedberg, formerly executive director of EdSource, is a veteran reporter and analyst of California education. He can be reached at [email protected].

The opinions in this commentary are those of the author. If you would like to submit a commentary, please review our guidelines and contact us.

Sat Apr 23 , 2022
The Department of Education announced on Tuesday that thousands of borrowers could see immediate forgiveness under changes the agency said it will be making to address long-standing failures in federal student loan programs. As part of the changes, the agency said at least 40,000 borrowers will be set for debt […] 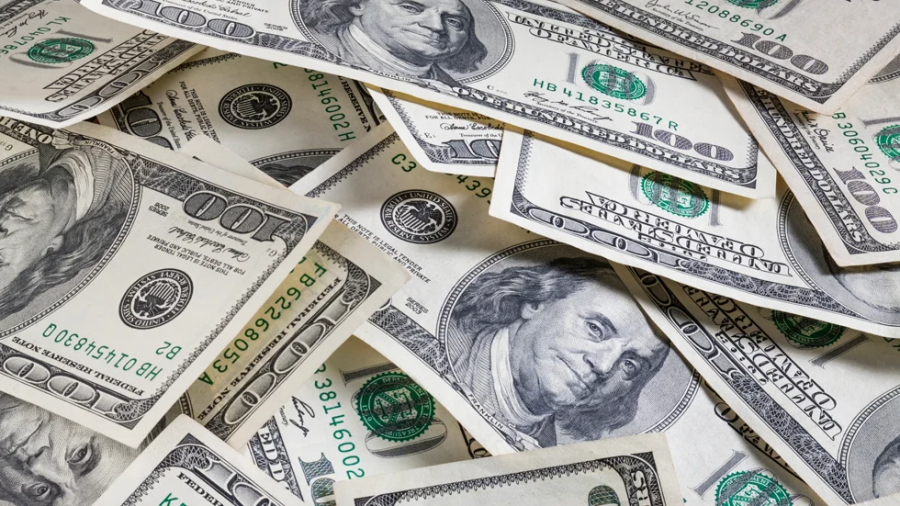