Even after the man suspected of killing a prominent Dallas lawyer nearly six years ago moved to Florida months after the slaying, Dallas police continued to gather and evaluate evidence and found numerous clues that appeared to link him to the crime, according to an arrest-warrant affidavit obtained Thursday.

Among the evidence that Dallas police detailed in the warrant for Steven Aubrey, who was detained Wednesday in Florida, were burns that investigators saw on his hands a week after the slaying of Ira Tobolowsky.

Police also said Aubrey had intimate knowledge of the crime that had never been disclosed publicly. Investigators said that he had appeared to stalk Tobolowsky before the slaying, according to the affidavit.

Aubrey, who faces a capital murder charge, remained in the Broward County Jail on Thursday, with bail set at $2 million. He is expected to be extradited to Texas. It was unclear whether he had an attorney.

Tobolowsky, 68, was found dead May 13, 2016, in the burning garage of his home in the 7400 block of Kenshire Lane in North Dallas. Police believe that Aubrey assaulted him in his garage, then poured gasoline on him and set him on fire with a torch.

The medical examiner’s office ruled the death a homicide and said Tobolowsky died of blunt-force injuries, smoke inhalation and burns.

Aubrey has previously denied any involvement in the killing in interviews with The Dallas Morning News. He declined to speak to investigators when they first brought him in for questioning about six years ago. 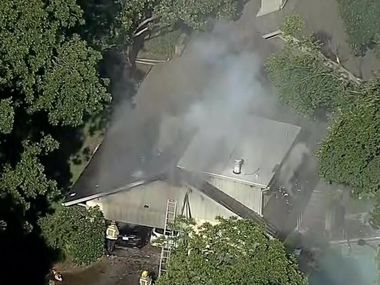 Tobolowsky’s family has blamed Aubrey for years, but no one had been arrested in the case until this week.

The affidavit details evidence police found which seemed to point to Aubrey, but it remained unclear why police made the arrest this week. Police wrote that “not all case details have been included” in the affidavit because of “the overwhelming amount of evidence collected.”

Tobolowsky was a well-liked attorney who came from a prestigious Dallas family that has been active in the Jewish community. In 2014, he started to represent Aubrey’s mother, who was in a legal dispute with Aubrey. Brian Vodicka, a lawyer in a relationship with Aubrey, represented Aubrey. (Police have not accused Vodicka of wrongdoing.)

Aubrey wasn’t doing well in the case as it proceeded, and he sent anti-Semitic emails to Tobolowsky and wrote defamatory blog posts about him online, the affidavit says.

In 2015, Tobolowsky filed a defamation suit against Aubrey and Vodicka, accusing Aubrey of using “intentional lies, fraud, defamatory statements and ‘dirty tricks’” to get him to stop representing Aubrey’s mother and alleging that Vodicka attacked Tobolowsky’s integrity.

Aubrey and Vodicka moved from Austin to Dallas in February 2016 and had been “financially devastated by bad business ventures,” the affidavit says. Aubrey was written out of his mother’s inheritance and was ordered to pay her $250,000, according to the affidavit. He also texted someone: “I hate to move but that’s where I can make the most money and deal with Ira,” the affidavit says. 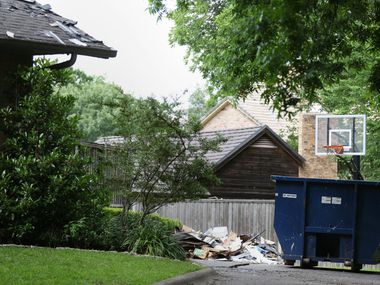 About a month later, Tobolowsky was attacked and set on fire inside his garage, and investigators found an Ocean Spray cranberry juice bottle containing gasoline inside the garage, the affidavit says.

Police said they tried to contact Aubrey and Vodicka immediately after, but neither responded. Detectives obtained search warrants, and brought both men in for questioning a week later, but only Vodicka spoke to police, the affidavit says. 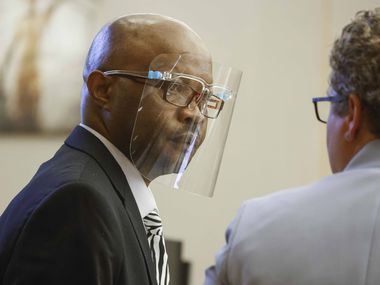 Vodicka told police repeatedly to “look at the phone tower ping locations,” said that “they wouldn’t get a fair trial due to media coverage” and claimed that he only drank cranberry juice from Costco that has a red cap, according to the affidavit. No burns or injuries were found on Vodicka.

Aubrey declined to speak with police, but investigators noticed redness that appeared to be a healing burn on his hands and lower arms, the affidavit says. A doctor determined the redness was consistent “with healing, superficial thermal injury,” according to the affidavit.

A detective told D Magazine in 2017 that the doctor had “explained to us that it could be from the flash of a fire, it could be burns, or it could just be a sunburn.”

A week after the slaying, Tobolowsky’s family also found holes in the lawyer’s fence which provided a view of Tobolowsky’s garage from an alley. Detectives suspected that someone drilled holes into the fence to spy on Tobolowsky.

Detectives executed search warrants on Aubrey’s and Vodicka’s home, and also on an apartment Aubrey rented for business, according to the affidavit. They found a drill, drill bits, paint products, propane torches and clothing with ignitable liquid residue on it, along with other items. They also found a laptop which showed someone had searched Tobolowsky’s home address, a synagogue he attended, the name of one of his children, “Walmart tracfone,” “burner phone” and “alibi definition,” according to the affidavit.

Aubrey and Vodicka moved to Florida in November 2016, and “little new evidence on the case was gathered,” the affidavit says.

In 2017, Tobolowsky’s son, Michael Tobolowsky, received an anonymous letter from someone who claimed to be the killer. Robin Chiswell, a friend of Vodicka and Aubrey, later admitted to writing the letter but said he wasn’t involved in the murder, according to the affidavit. Chiswell pleaded guilty in 2021 to two felony stalking charges for sending similar threatening letters to people, including former Texas A&M University football coach Kevin Sumlin, according to the Houston Chronicle.

A detective looked at photos police took of Aubrey’s apartment, and found a book called Future Crimes, which police believe Aubrey used to educate himself on how to turn off applications that could track his movements, according to the affidavit. The detective also saw a bottle of Kroger brand cranberry juice in Aubrey’s and Vodicka’s pantry, which police wrote “disproves” Vodicka’s claim that they only drink Costco cranberry juice with a red cap.

Police also said that Aubrey texted someone on the day of the killing saying that Tobolowsky had died, and that person responded that he hopes Aubrey “has his alibi ready,” the affidavit says.

The person appeared to tell Aubrey to “keep me abreast of developments, and don’t kill anyone … again,” and Aubrey sent him a news story, to which the person replied that Aubrey “took it to a whole nother level when ya dun threw gas” on Tobolowsky and “torched” him, the affidavit says.

Police also later discovered that Aubrey went to a dermatologist appointment after the killing to have stitches removed from his back, and the dermatologist later left a voicemail referencing a question Aubrey had asked about treatment for his burns, the affidavit says.

A fire death scene expert also later told police that a burn anomaly on Tobolowsky’s thigh seemed to be caused by a torch on the skin.

Aubrey also emailed a D Magazine journalist who was writing about the case and referenced the height of the hole in the fence, which had never been publicly disclosed before, according to the affidavit. He also texted people that “Dallas was only a pitstop,” the affidavit says.

In the years since the killing, Aubrey has claimed to have been at his apartment from 8 to 9 a.m. the day of Tobolowsky’s death, and to have driven to a nearby Trader Joe’s for groceries, the affidavit says. Police said Aubrey bought about $9 worth of bruschetta and bread at 9:23 am., according to the affidavit.

Tobolowsky is believed to have been attacked about 7:45 a.m., the affidavit says.

Police wrote in the affidavit that on the night of the slaying, Aubrey and Vodicka placed a reservation in Aubrey’s name to have dinner at Lawry’s Prime Rib the next night. At the steakhouse, the affidavit says, the two spent “almost triple what they had previously spent at any restaurant in the last four months.”

Mon May 2 , 2022
What’s WEB OPTIMIZATION advertising and marketing? I like this idea! As an alternative of constructing the speeches and presentations yourself, you might be coaching the presenters. I see this market as largely three-fold. First you’ve got professional audio system who’re making or attempting to make a living giving paid presentations. […]