For years Aminat Waheeda drove her taxi along the narrow lanes and congested roads of the Maldives capital looking for passengers. The most lucrative fares – airport arrivals – were out of reach.

The airport serving Male is on a different island and a speedboat was needed to get between the two.

In 2018, that all changed, as did Ms Waheeda’s life. And the single mother of two teenagers has China to thank.

“After the bridge was built, transportation got easy for everyone,” she says. “[It] has helped taxi drivers like me to earn more money.”

In fact, her income doubled.

The bridge, the first built between any islands in the Maldivian archipelago, has also led to a boom in new property and commercial developments on the island of Hulumale where the airport is located, easing congestion in the capital for its 140,000 residents.

Chinese infrastructure projects in developing countries have been criticised, but the Sinamale bridge – or the China-Maldives Friendship Bridge as it’s also known – could be seen as a real success.

However the current Maldives government doesn’t see it that way. It is alarmed by how much money this tiny, tourism-dependent nation now owes China.

The bridge was one of several major projects built under Abdullah Yameen, a pro-China president elected in 2013. He wanted to kickstart the economy and borrowed hundreds of millions of dollars from China to do so.

At the time Chinese President Xi Jinping was embarking on his grand “Belt and Road Initiative” to build road, rail and sea links between China and the rest of Asia, and far further beyond.

Mr Yameen’s tenure was also marked by allegations of human rights abuses, which he denies. Many opposition politicians, including the former president Mohamed Nasheed, were jailed.

But in September 2018, weeks after the bridge opened, Mr Yameen suffered a surprise election defeat to his rivals, the Maldivian Democratic Party, with the MDP’s Ibrahim Solih becoming president.

The change of guard also enabled Mr Nasheed to return and re-enter politics.

The new government soon began looking into the nation’s finances. What they found shocked them.

“The [Chinese debt] bill was $3.1bn,” Mr Nasheed, now Speaker of parliament, told me. The figure included government-to-government loans, money given to state enterprises and private sector loans guaranteed by the Maldivian government.

He is worried his country walked into a debt trap.

He argues the cost of projects was inflated and the debt on paper is far greater than the money actually received – which he says was only $1.1bn, although he hasn’t released documents to back up his sums.

Former Maldivian officials and Chinese representatives point out his lack of detailed accounting. They put the figure Male owes China between $1.1bn and $1.4bn – still a huge sum for the islands.

The Maldives GDP is around $4.9bn and if you go by Mr Nasheed’s figures, then the debt is more than a half of the country’s annual economic output. If government revenues fall it may struggle to repay the loan by 2022-23.

If the Maldives defaults, Mr Nasheed worries his country could face the same fate as nearby Sri Lanka – it owes billions of dollars to China after borrowing to rebuild after years of civil war.

Among the projects, the Sri Lankan government spent nearly $1.5bn on building a port in Hambantota. But within a few years the port proved to be economically unviable and Colombo defaulted on its loan commitment.

After the debt was restructured, a Chinese state-run enterprise acquired a 70% stake in the port on a 99-year lease in 2017. In addition, Sri Lanka also agreed to give 15,000 acres around the port to China to build an economic zone.

For China, the port is a valuable strategic asset overlooking one of the busiest shipping lanes in the Indian Ocean. The port is also a few hundred kilometres off the southern coast of China’s rival, India.

Last year US Secretary of State Mike Pompeo hit out at China for what he described as “corrupt infrastructure deals in exchange for political influence” and using “bribe-fuelled debt-trap diplomacy”.

Beijing rejected his comments as “irresponsible”.

In a rare BBC interview, the Chinese ambassador in Male, Zhang Lizhong, also dismissed the allegations that the Maldives were facing a debt trap as “a fiction”.

“China never imposes additional requirements to the Maldivian side or any other developing country, which they do not want to accept or against their will.”

The Maldives is famous as a picture-perfect tourist destination – but the archipelago is also strategically located, with islands dotted across the northern Indian Ocean. Tens of thousands of oil tankers and ships criss-cross the route.

India and China have been vying for influence in the region for years.

Some argue that some of the big-ticket infrastructure projects, like the expansion of the airport built with Chinese loans during Mr Yameen’s time in power, have helped to boost tourist arrivals in the Maldives. They point out that it was difficult to get the money for the projects from other international players.

“I think at that time there was not any other option,” says Ali Hashim, the governor of the Maldivian Monetary Authority, the islands’ central bank which regulates its financial sector.

He points out “other countries in the region as well as faraway [countries] were quite reluctant to lend to the government because the institutions that controlled the whole process were being slowly compromised”.

The projects have boosted tourist arrivals in the country – last year they reached a record 1.7 million, earning more than $2bn.

One of the main reasons behind growing tourism, is that successive Maldivian governments have encouraged investments in new islands.

Rules on foreign investments were relaxed to build more resorts and hotels. Hundreds of millions of dollars poured in from Indian, Thai and Chinese investors.

Mr Nasheed says he’s concerned about Chinese investments in several islands where resorts and hotels are being built which have both Maldivian and Chinese partners.

“It is very easy to see these Maldivian partners don’t have necessary finance to be able to be a partner in such a venture, So, the Chinese partners would buy it out in no time. I can see the islands going to them very quickly,” Mr Nasheed says.

But Ambassador Zhang dismisses this, arguing the investments are purely commercial.

“Mr Speaker may not get the right information,” he says. “We do not attach any pre-condition for the loans. It doesn’t happen and will not happen.”

“Not a single island was given to the Chinese,” party vice president Mohammad Hussain Shareef says.

Late last year Mr Yameen was sentenced to five years in prison on charges of money laundering. His party described it as a political vendetta.

The fears over debt are not restricted to the Maldives. Other countries in Asia have also been reviewing mega projects funded under China’s Belt and Road Initiative.

Last year, after a change of government, Malaysia renegotiated a Chinese-funded railway project, bringing the cost down by a third to $11bn.

In 2018, Myanmar reviewed a Chinese-funded multi-billion dollar deep-sea port project and scaled it down to three-quarters of the original cost, fearing the loan would be unrepayable.

The Maldives is not Malaysia or Myanmar and its bargaining power is limited.

It’s heavily reliant on tourism, which has been hit hard by the coronavirus outbreak. Foreign tourist arrivals were down 55% by the end of June. Estimates suggest the country may lose more than $700m, more than a third of its tourism income, this year if the pandemic persists.

Officials in Male say Beijing has agreed to partially suspend debt repayments because of the pandemic.

But even so it’s unchartered financial territory for the Maldives which must hope its borrowing has not mortgaged its future.

Learn financial accounting from an actual CPA with these online classes

Sat Sep 19 , 2020
Learn financial accounting from an actual CPA with these online classes TL;DR: Take control of your finances with the Ultimate Financial Accounting & CPA Certification Training bundle for $44.99, a 97% savings as of Sept. 18.  If you’re starting a business on a limited budget, or have a small business […] 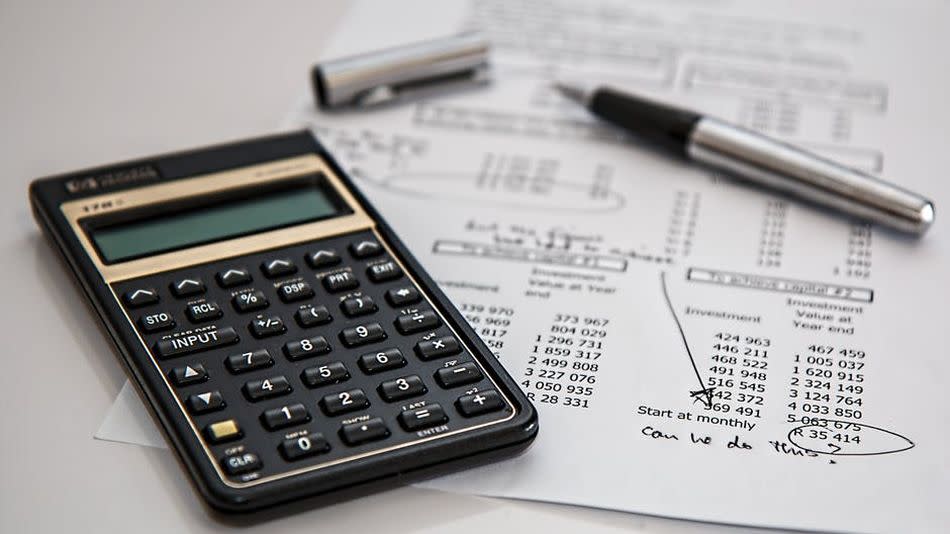