Employers are down to the wire to decide if they want to opt in to President Trump’s so-called payroll tax holiday, and tax experts note there’s a plethora of possible consequences to deferring the payroll taxes.

Back in early August, Trump issued a memorandum that would allow employers to defer the employee portion of the Social Security tax (that 6.2% per paycheck) for employees making less than $4,000 bi-weekly (or roughly $104,000 per year) from September 1 through December 31 this year. But guidance released by the IRS and Treasury on Friday, just days before the holiday would start taking effect, has many experts skeptical of the scheme.

While not explicitly stated in the guidance, experts believe it’s clear employers will be able to opt out of participating—and that most would indeed skew on the conservative side and do just that.

The upshot is that employees could temporarily see bigger checks for the next four months, and the most an employee could theoretically receive back in their paycheck would be roughly $2,232 spread over those four months—which they would have to pay back next year, likely via higher taxes for the first four months. And in that sense, those like Andre Shevchuck, a tax partner at accounting firm BPM, note it may put employers in between a “rock and a hard place”: “Saying, ‘Well, here’s this opportunity to save a little bit of cash and we’re not going to follow it because it’s complex,’ is not a really good answer,” he tells Fortune. But he argues if the employer is able to explain that the holiday really functions as a “very short term no-interest loan,” most employees would understand it’s likely not worth it, he argues.

It’s likely you’ll get stuck with the bill

While experts are awaiting more guidance on exactly who is on the hook for paying back the taxes, some experts suggest the big risk with participating in the payroll tax holiday is that the employer would get stuck with the bill come next year. While “It’s the employee’s tax, … it’s the employer’s responsibility to collect and remit that tax,” notes Shevchuck.

Ultimately, those like Christopher Moran, an attorney in the labor and employment practice group at Troutman Pepper, say employers need to consider if the benefits outweigh the risks: “Every little bit [for your employees] helps, I know, but is that significant enough to opt in to this administrative scheme?” However, federal employees may not even have the option to opt out, The Washington Post reported Monday, which would mean they could see even higher taxes for the first four months next year.

The language of the guidance itself is a bit ambiguous, experts note, but since it’s the employer’s responsibility to withhold and remit the employee’s portion of the tax, “It would be the employer’s obligation to deposit anything deferred, so that becomes a potential struggle for them should any of their employees leave, the burden is on them to collect the funds in the coming year,” Laura Melville, a manager and CPA at account firm Wiss & Co, tells Fortune.

And failing to pay back those taxes on time is going to cost you. The IRS and Treasury guidance spells out that “interest, penalties, and additions to
tax will begin to accrue on May 1, 2021, with respect to any unpaid Applicable Taxes.” Or, in other words, “It would be the typical penalties and interest for not fully properly withholding your payroll taxes,” Shevchuck says.

It’s a ‘gamble’ that Congress will forgive the taxes

President Trump has stated his intent to have the taxes forgiven, but he would need Congress to do that (and would also likely need to win re-election). And for employers betting on Congress acting to dismiss the tax, it’s “speculative but not seemingly likely,” Shevchuck believes.

“You are sort of gambling that it’s converted from a deferral to a forgiveness,” notes Moran.

In the meantime, the payroll tax holiday is merely a deferral of the taxes, and based on the guidance from the IRS and Treasury, the taxes would have to be paid back ratably from January 1 through April 30, 2021. In that case, “it seems like in one hand, the employee gets the benefit upfront, and they effectively get double taxed on the next four months immediately following the year end,” Shevchuck points out.

If many companies do opt in to the holiday, which experts note is unlikely, it “does put pressure on Congress to dismiss the tax, and that would be the only real hope there” for employees, notes Shevchuck.

Employees leaving could be a big problem

For those like Melville, the “biggest complication” for employers would be who is ultimately footed with the bill if an employee leaves during the four month deferral or even at the beginning of next year.

“Collecting it itself is going to be its own complication, but when you add wrinkles in if your employee were to quit or leave sometime during the September through December time period, what does that mean?” says Shevchuck. “The questions that will get posed are going to be, ‘Who’s really on the hook for that tax?’” he suggests.

While the IRS guidance notes employers are able to “make arrangements” with employees about paying back taxes, those like Moran are not optimistic these agreements will turn out well for the person paying the check. That arrangement might look something like paying a lump sum, Shevchuck suggests, but Moran argues “in my experience, arrangements to collect money from employees who have departed are inherently problematic.”

The bottom line, experts say, is that employers need to weigh the pros and cons of opting in. For Moran, that might mean looking at the salaries of your workforce and who would actually benefit (in other words, who makes $104,000 per year and under), and whether or not your business is in an industry that historically has high employee turnover—If that’s the case, “you’re going to have problems,” he suggests.

For now, employers may want to have conversations with their employees to make sure they “communicate clearly with the employees that it’s not a tax break, it’s a loan, and making sure they understand it’s complex and something that’s not really vetted out,” Shevchuck says. “Those conversations have to be had right now.”

This story was originally featured on Fortune.com

Thu Sep 3 , 2020
(Bloomberg) — Ant Group’s late-summer IPO filing drove home why the business — backed by 711 million monthly users that spent $17 trillion through its platform — is headed for potentially the world’s largest stock debut. Yet investors may do well to focus on the long-term threat to its core […] 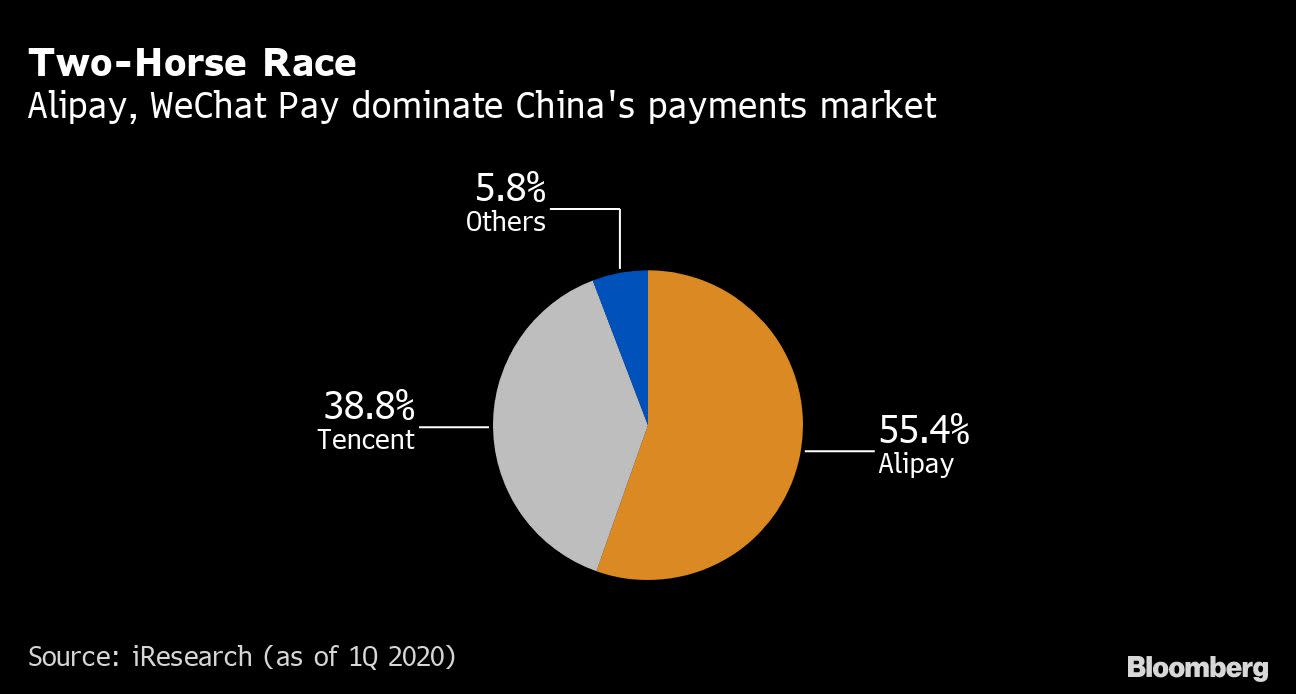